Among the many who visited Matthew Beach and William Wood on Indian Point, Henry Jarvis Raymond is notable as the founder of The New York Times.  Raymond was also the elected Lt. Governor of New York State in the summer of 1855 when he travelled through the region.  He published four letters detailing his Week in the Wilderness.   I have republished here his second letter which describes his time at Raquette Lake and at the Iron Works in Adirondac (present day Tahawus). 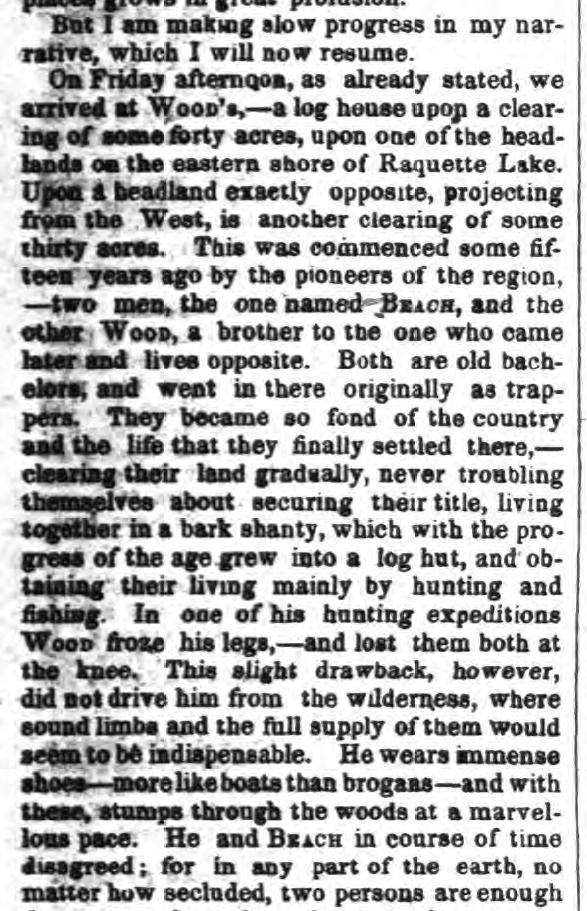 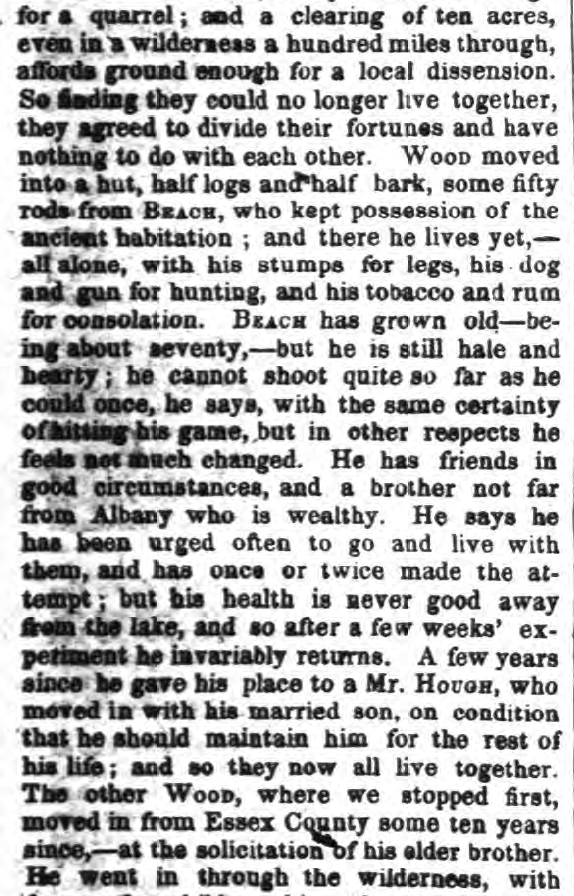 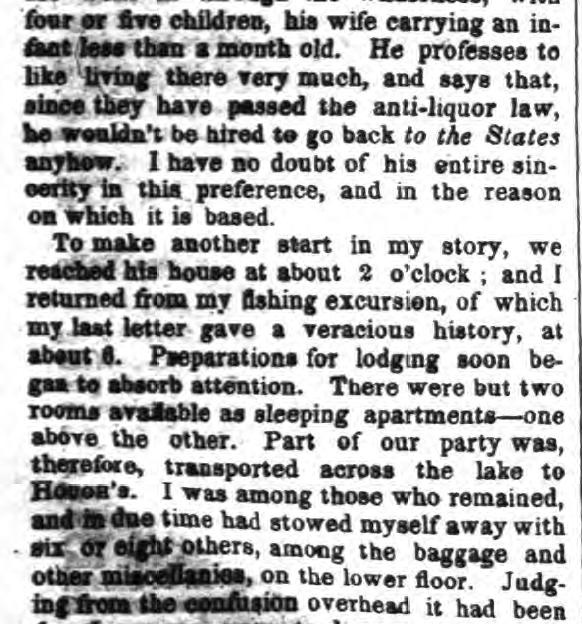 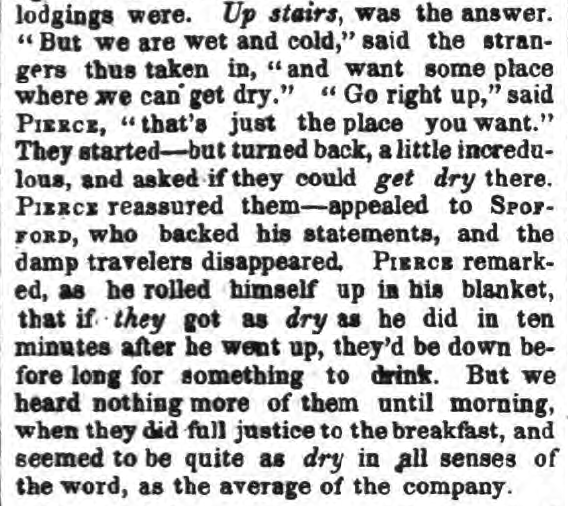 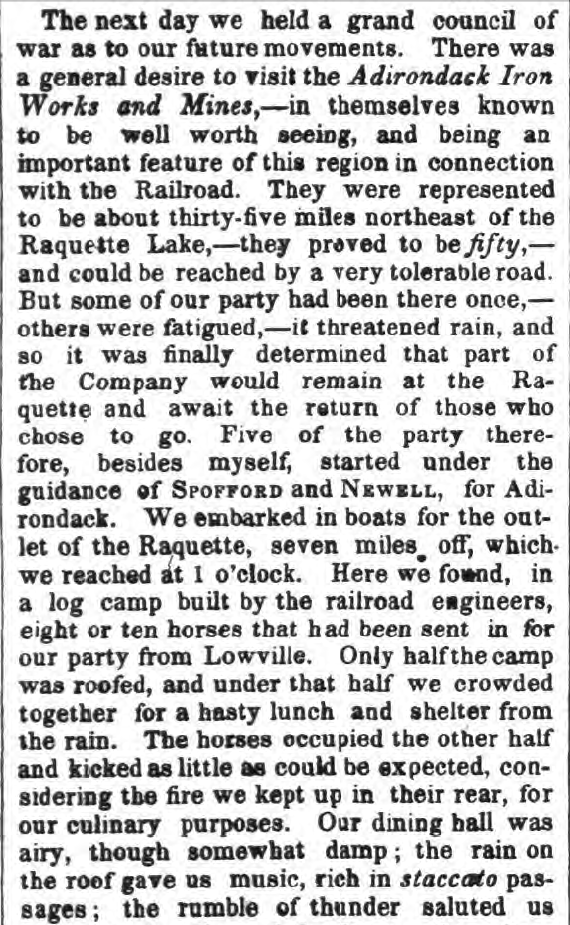