Prior to his visit to Matthew Beach and William Wood’s cabins on Indian Point in 1855, Henry Jarvis Raymond was instrumental in securing the funding from the New York State Assembly to make the necessary infrastructure improvements to turn the Raquette River and the Moose River into public highways for the transportation of logs through the vast wilderness of the Adirondacks.  Here is a reprint of the 1850 NYS Assembly committee report which led to this achievement as published in the March 1, 1850 edition of the New York Morning Courier. 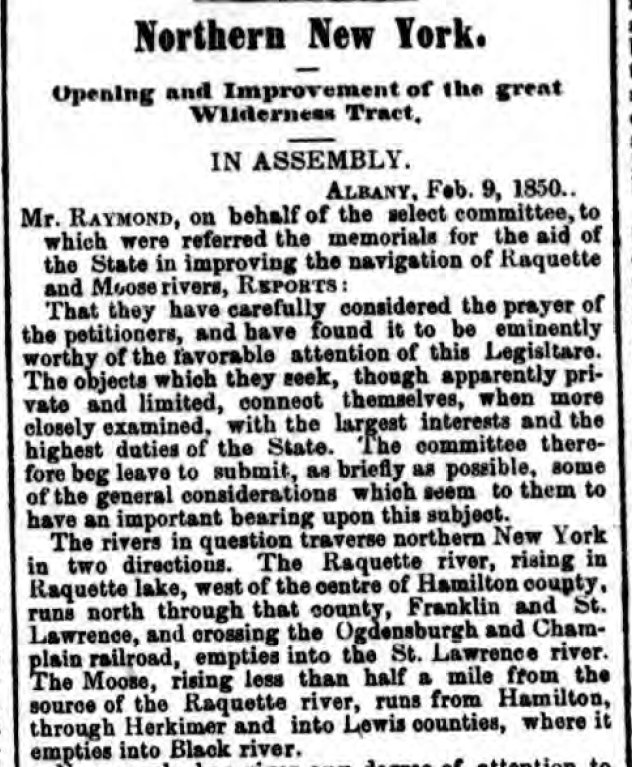 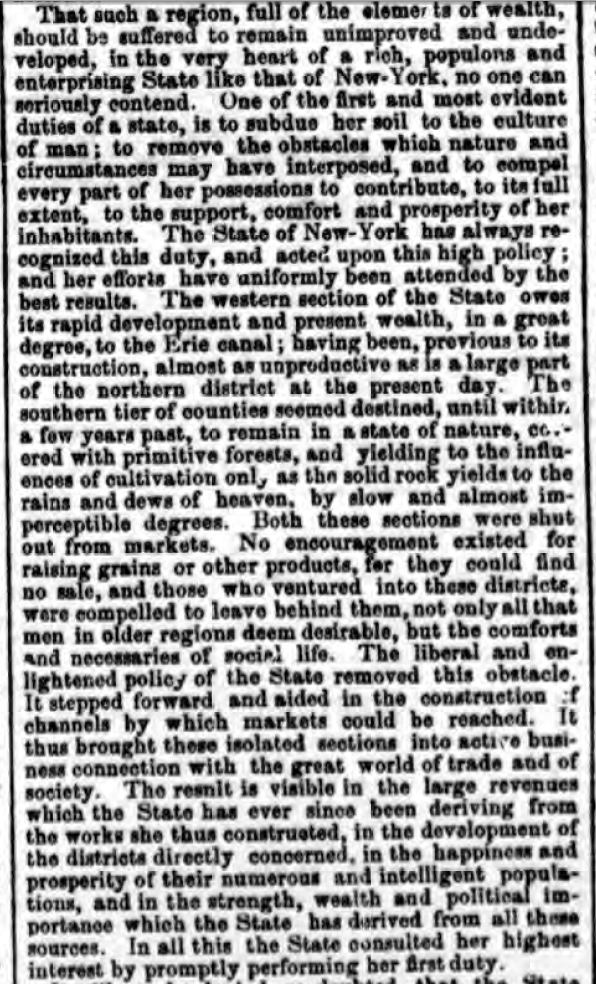 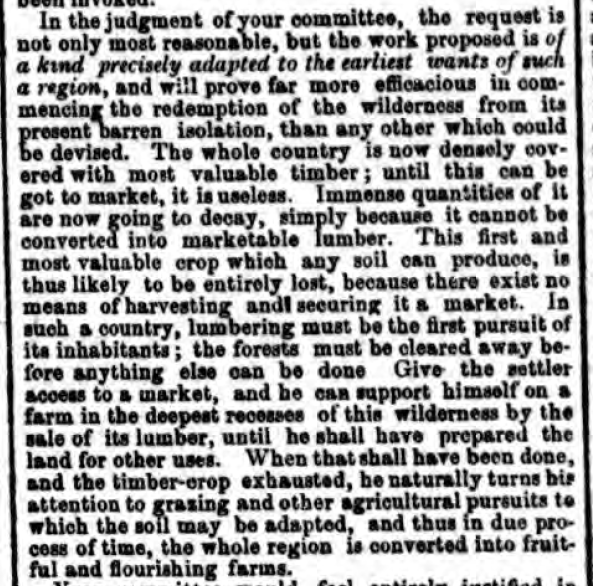 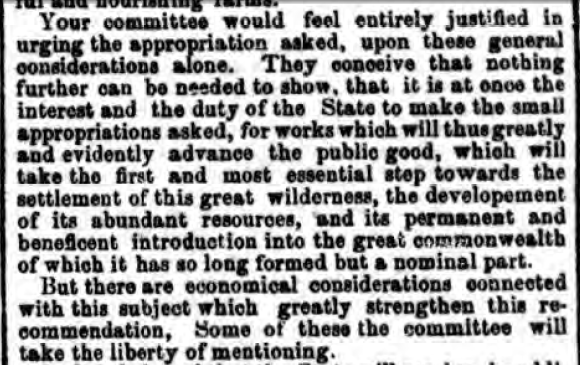 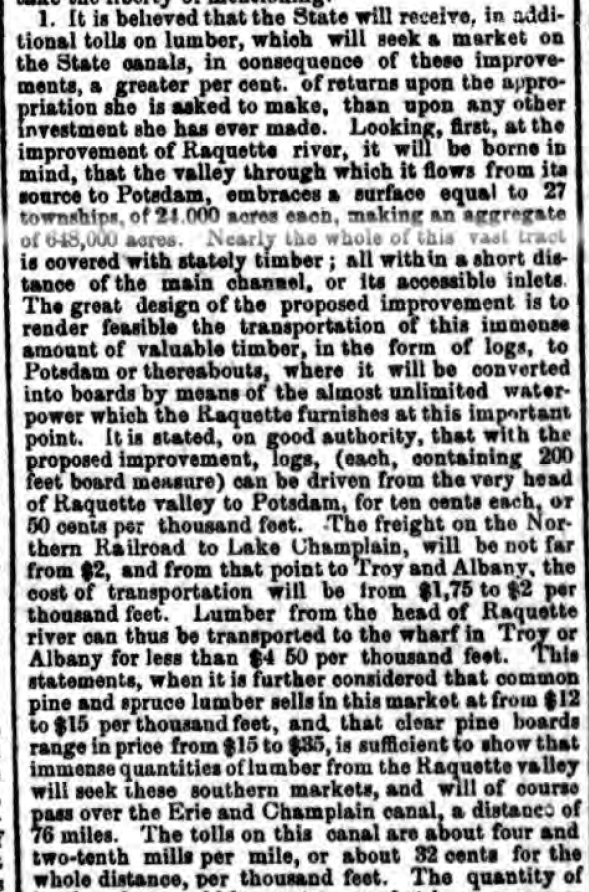 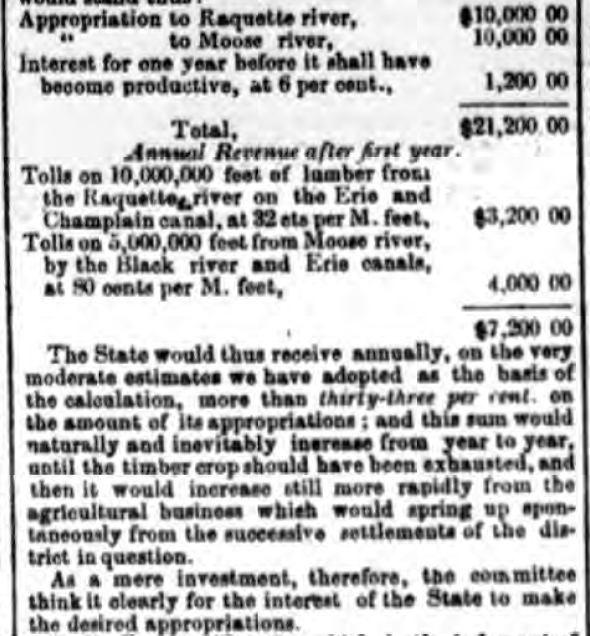 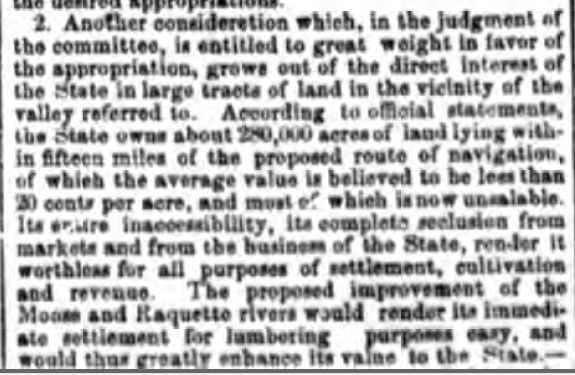