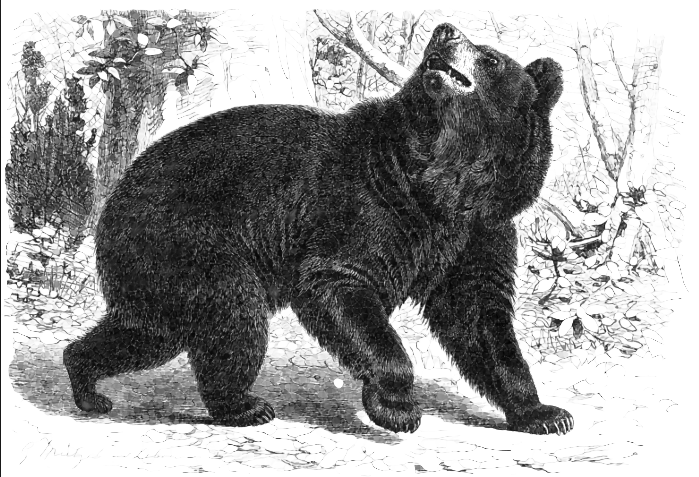 We have had our share of bear stories at the little red cabin on the tip of Birch Point.  As a young boy I remember the night my brother, my father and I were sleeping in the lean-to, solely enclosed behind window screens and a screen door.  In the middle of the night, I was awakened by the rustling of my father going out to fertilize the tree roots around the left side of the lean-to (I guess he just didn’t feel like making the trek to the outhouse down the path away from camp).  Just as he disappeared around the corner of the lean-to, I noticed a big dark shadow off the right side of the lean-to, halfway between the little red cabin and our lean-to.  As my eyes adjusted I could clearly see the slow lumbering movement of a black bear.  I called for my father and he rushed back and made for the door of the lean-to just before the bear reached the same spot.  As we sat inside, we thought ourselves fortunate that this bear had no interest in us because the screens would have slowed him little if he wished to enter the lean-to.

Sometime in the 1990s was the last time we know bears visited the end of Birch Point.  A mother and two cubs broke through the front door of the red cabin, tipped over the refrigerator and knocked the stove pipe off the cast iron pot belly wood stove, spraying soot and ash over everything.  To make things worse, they somehow blocked their own escape and were forced to exit the cabin through the back window and in the process pulled the window, jam and all, right out of the wall.  Fortunately, no one was home at the time but my cousins found the cabin in such a state when they arrived.

Obviously such interactions between humans and black bears have been happening for centuries and here is such a story published in The Sun newspaper of New York City. 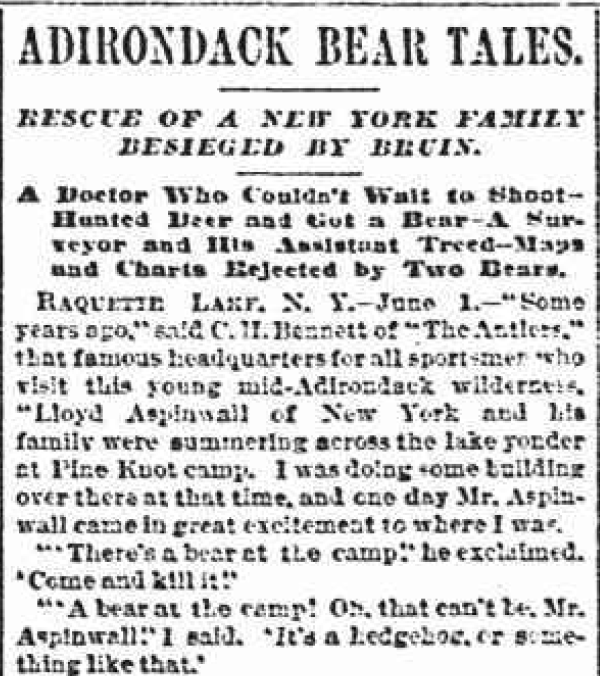 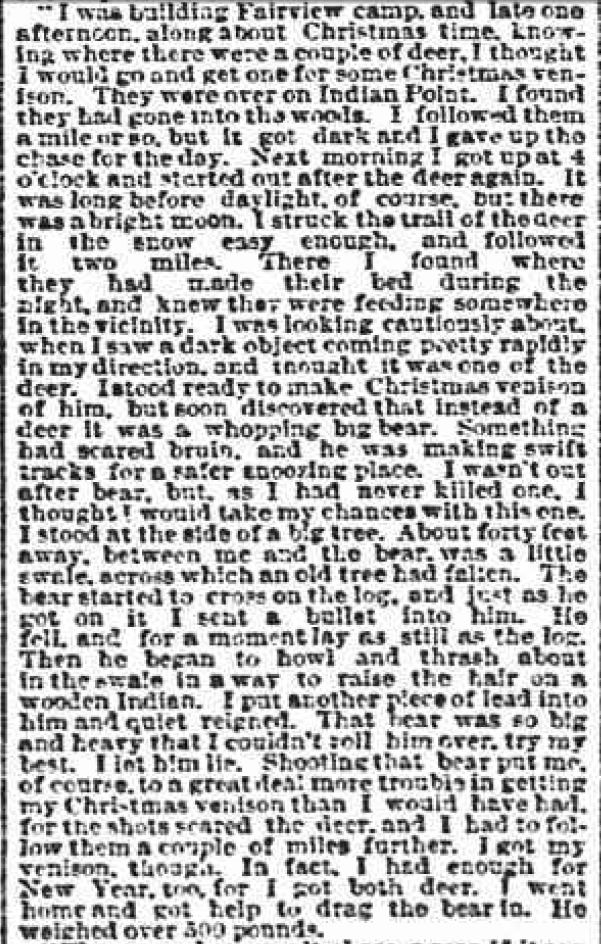 One thought on “Adirondack Bear Tales”