1 – Changing Times in the Adirondacks “Portraying the extraordinary life of a true Adirondack native.” is a wonderful read.  Written by Norton Bus (Buster) Bird in 1999, it was self-published by his family and relates his life in vivid gripping narrative. 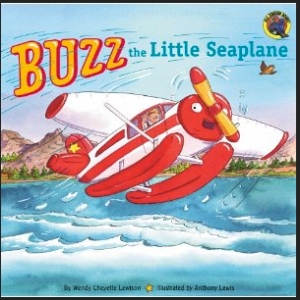 The Changing Times to the Adirondacks

3 –  A copy of this Forest and Stream letter was found within 19 scrapbooks created by Emma Treadwell Thacher, wife of John Boyd Thacher, which are in the collection of the New York State Library.  If not for these scrapbooks, the letter would never have been discovered in the course of my research as it is signed simply “Boyd”.

4. – The details regarding railroad, stagecoach, buckboard and steamboat travel come from An Adirondack Resort in the Nineteenth Century: Blue Mountain Lake 1870-1900 Stagecoaches and Luxury Hotels.  Harold K. Hochschild. 1962 and Heydays of the Adirondacks. Maitland Desormo. 1975.

5 – Jerold Pepper. Adirondack Museum Librarian and the timeline on the Church of the Good Shepherd’s website www.sthubertsisle.com.

A Cabin in Time

2 – The details on early lodgings in Blue Mountain Lake come from Resort Hotels of the Adirondacks by Bryant Franklin Tolles. 2003

In 1893, four historic wampum belts of the Iroquois Confederacy were offered to the Commissioners of the Columbian Exposition in Chicago.  Due to lack of funding, one of the commissioners, John Boyd Thacher, purchased the belts for $500 from Rev. Oliver Crane of Boston.  Rev. Crane had purchased them from General Henry B. Carrington, who had bought them from Thomas Webster, an Onondaga Indian who was the official Wampum Keeper of the Six Nations.

The Onondaga Nation brought suit in 1898 seeking the return of the wampum from John Boyd Thacher claiming that Webster had no right to relinquish possession of these national treasures.  In a court case eventually settled by the US Supreme Court in 1903, John Boyd Thacher was awarded permanent possession.   The wampum belts were donated to the State Museum of New York upon the death of JBT’s widow in 1927.

The controversial court decision was based on the questionable determination that the Iroquois Confederacy no longer existed and the wampum belts were merely historical relics.

This incident can only be viewed today as a mark of shame on our Thacher family heritage and the patronization of Native Americans by the US Courts.  In 1989, almost one hundred years too late, the sacred wampum belts were finally returned to the Onondaga Nation by the State Museum of New York.

1 – To the Lake of the Skies: The Benedicts in the Adirondacks.  Barbara McMartin. 1996.

3 – To the Lake of the Skies: The Benedicts in the Adirondacks.  Barbara McMartin. 1996. and When Men and Mountains Meet. Jerold Pepper. in Adirondack Prints and Printmakers. 1998.

3 – “A Week in the Wilderness” Four letters published in The New York Times by Henry Jarvis Raymond in 1855 as transcribed in the Addendum to Chapter 13 of Township 34 by Harold Hochschild.  Adirondack Museum Library.

8 – Letter from David Read to Joel Tyler Headley. 1849. As published in The Adirondacks or Life in the Woods. Original handwritten letter in the Adirondack Museum Library.

10 – The Constables: First Family of the Adirondacks. Edith Pilcher. 1992.

12 – “Fifth Annual Report of the Survey of the Second Geological District”. Ebenezer Emmons. Document #150 of the Assembly of the State of New York. 1841.

13 – The Mammals of the Adirondack Region. Clinton Hart Merriam. 1886.

15 – A. P. Edwards 1852 trip as described in “Report of the Committee on Internal Affairs of Towns and Counties on Petition of Supervisors and others, of Hamilton County.” Document #94 of the Assembly of the State of New York. Vol 3. 1860.

The Triangulation of Verplanck Colvin

5 – Colvin’s Field Book 98 page 6 as told by The Colvin Crew in Recovery #18.  http://www.colvincrew.org/core/wp-content/uploads/trip-write-up3.pdf

6 – Seventh Annual Report on the Progress of the Topographical Survey of the Adirondack Region of New York, to the year 1879.  Verplanck Colvin. page 119.

10 – “Thacher was a man of ideas and action.” Tim Albright. Altamont Enterprise.

13 – Transactions of the American Institute of Mining Engineers. Volume 34. 1903.

18 – Footsteps through the Adirondacks: The Verplanck Colvin Story. Nina Webb. 1996. and Remele.

He Who Would Give the Name – Adirondacks – Prof. Ebenezer Emmons

1 – State of New York in Assembly. No. 150.  Communication from the Governor to the Assembly transmitting several reports relative to the Geological Survey of the State 1841.

11 – Contested Terrain: a new history of nature and people in the Adirondacks. Philip G. Terrie. 1997.

Alvah Dunning: The Hermit Who Could Not Escape Civilization