If you are a resident of New York State, please Vote Yes on Prop #4.

While the 50 acres of Beach and Wood at the tips of Indian Point have clear title which dates back to before the creation of the Forest Preserve in 1885, much of Indian Point and the surrounding shoreline of Raquette Lake have been embroiled in a century of controversy.   The State of New York has until now refused to honor as valid the land titles of many of our neighbors, some who have owned their property for near 100 years.  This controversy will hopefully be solved in the coming days if New York State voters approve Proposition #4.  This proposed amendment to the state constitution will allow a land swap that will provide clear title to the Raquette Lake landowners in exchange for valuable lands being added to the Forever Wild Forest Preserve.  The Township 40 landowners in question will pay a special assessment to generate a fund which will be used to purchase the new lands to be added to the Forest Preserve.

In support of Proposition #4, I am highlighting informational websites regarding this issue:  Adirondack Express article, Adirondack Almanac article and the Township 40 website.

It is expected that the lands to be added to the Forest Preserve will be along the Marion River and Utowana Lake, forever protecting public access to a historical and present-day vital waterway between Raquette Lake and Blue Mountain Lake.  The lands also contain the location of the former Marion River Railroad and the current Canoe Carry.

In honor of Proposition #4, I am republishing the following description of a night trip on the Marion River written by Chauncey Hathorn of Raquette Lake and published in the Syracuse Sunday Times in 1878. 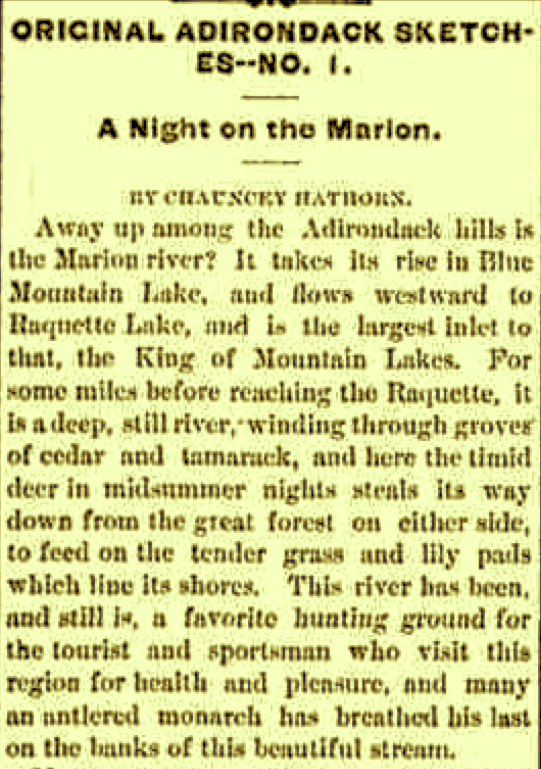 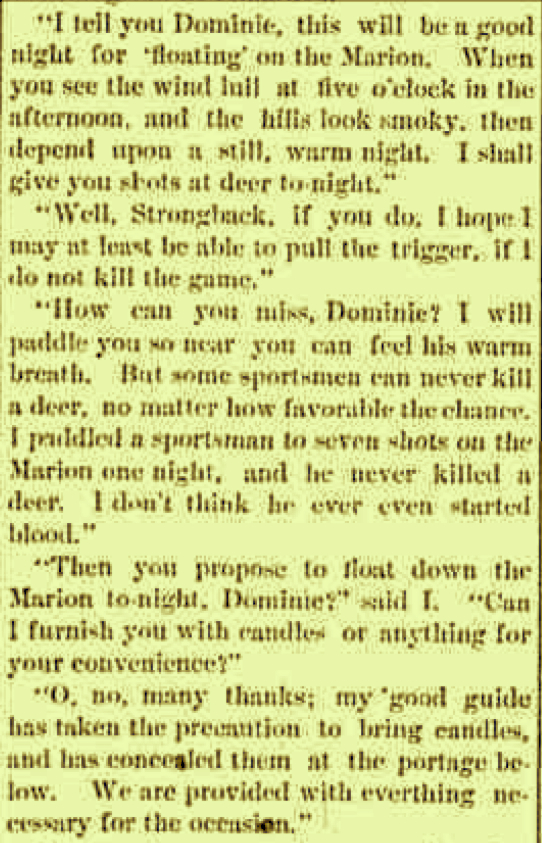 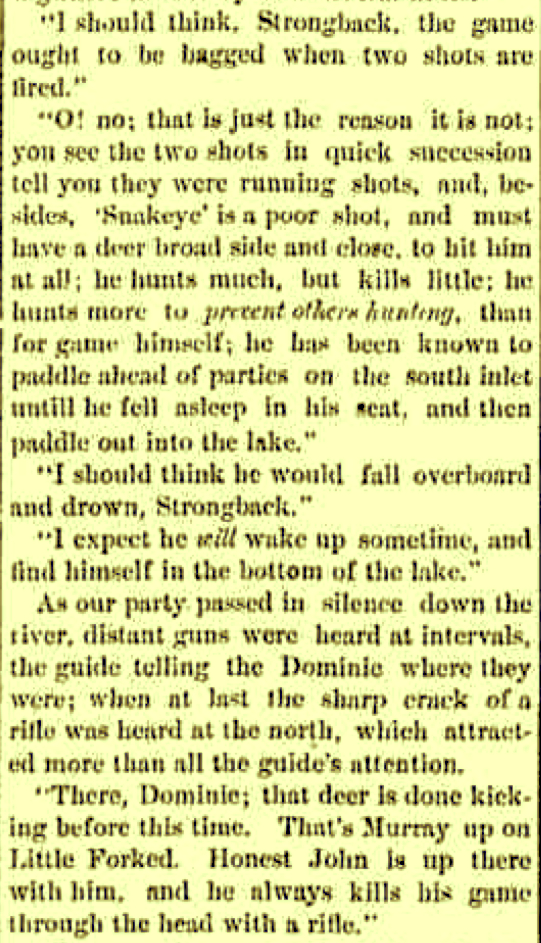 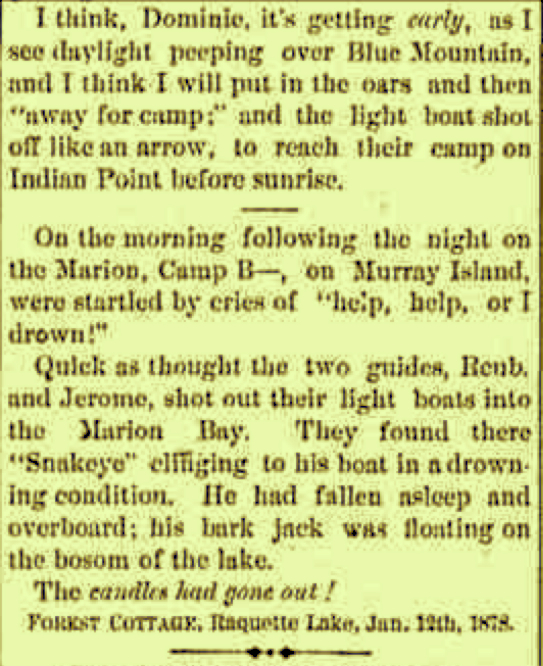